Why do people have an accent? 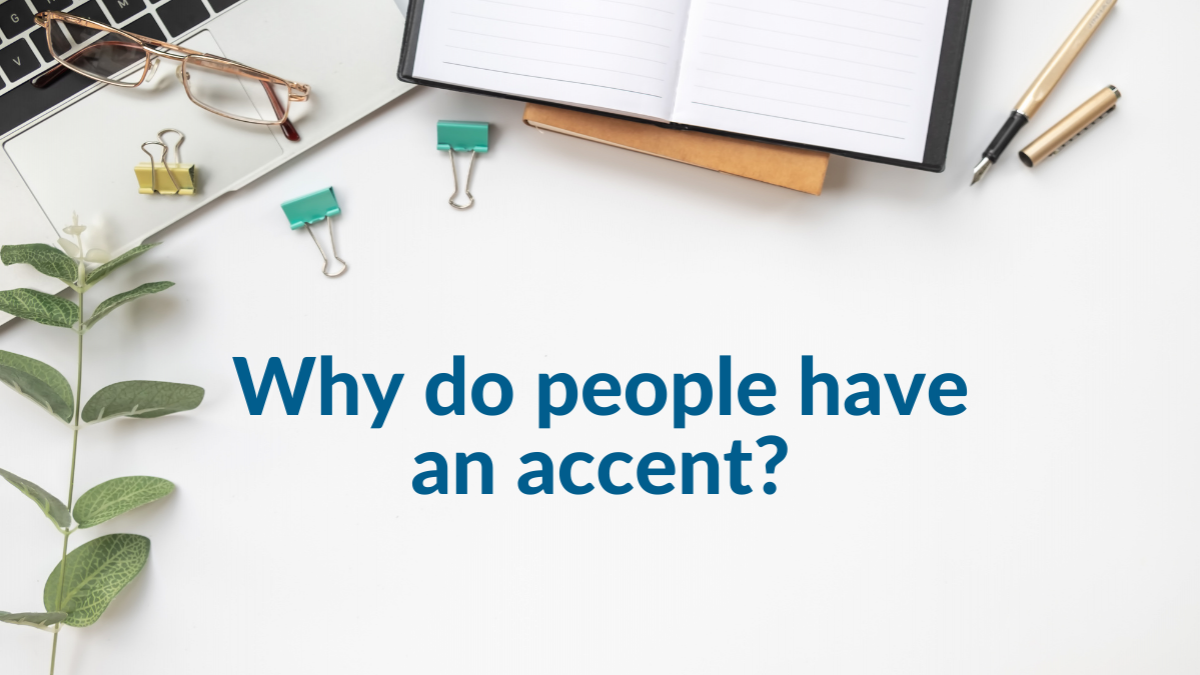 This is an interesting question that a lot of people ask themselves. But to answer it, we first need to clarify what an accent is.

There are two types of accents in phonetics. A native accent, which is simply the way a group of people speak their native language, that is to say, the language they were born into. And a foreign accent, which occurs when non-native speakers of a language use features from their native tongue, and apply them onto the second language they speak. For instance, Spanish doesn't have as many vowel sounds as English, so a native Spanish speaker might not distinguish between the long /i/ sound in seat, and the short /ɪ/ sound in sit.

This phonetic phenomenon is referred to as a sound substitution, which is what creates an accent. However, substitutions also include changes in rhythm, stress, intonation, and vocabulary. For example, Latin languages like Italian, Spanish, and Portuguese are syllable-timed languages, which means all syllables tend to have the same length and, therefore, all the words in a sentence are equally stressed. English, on the other hand, is a stress-timed language, which means some syllables are longer than others and, therefore, not all the words in a sentence receive the same stress.

When all these substitutions take place together, people, usually non-native speakers, are said to have an accent.

It's worth noting, however, that speaking with an accent is neither right nor wrong because everybody has an accent. In fact, even native speakers have an accent as there are regional variations of English; American, Canadian, British, Australian, etc. An accent is part of who you are, and you should embrace it.

However, when an accent gets in the way of effective communication, it's a good idea to consider working with an accent coach to neutralize the way you sound, and achieve more fluency and confidence when speaking. We all want to be clearly understood after all, don't we? And part of being understood has to do with mastering the sounds of the language you speak and using them to YOUR advantage.

So... do you think you speak with an accent that's getting in the way of your professional and personal life? Maybe you never get your order right at a restaurant? Or your colleagues and boss have trouble understanding you? Or perhaps you're an upper-intermediate English learner looking to speak more clearly and naturally on a daily basis?

If you answered yes to any of these questions, perhaps you need to do something about your pronunciation in English. And I can help you!

Click here to learn more about the services I provide to non-native speakers of English and how we can work together to turn your fear of speaking English into confidence to achieve your goals.